Posted at 09:28h in Erfolgsgeschichte, News by Herwig Baumberger
Share

Every two years, more than 30 athletes from around the world arrive in Austria to compete in Red Bull X-Alps, one of the world’s most watched adventure races. Over the course of two weeks, they cross the European Alps from east to west, beginning near Salzburg and ending by the Mediterranean Sea. Athletes can only move by hiking, climbing, running and paragliding, which adds a fascinating strategic element to the race. Judged correctly, a racer can cover 100 kilometers in a single flight, but failing to catch the right thermals can set them back days. 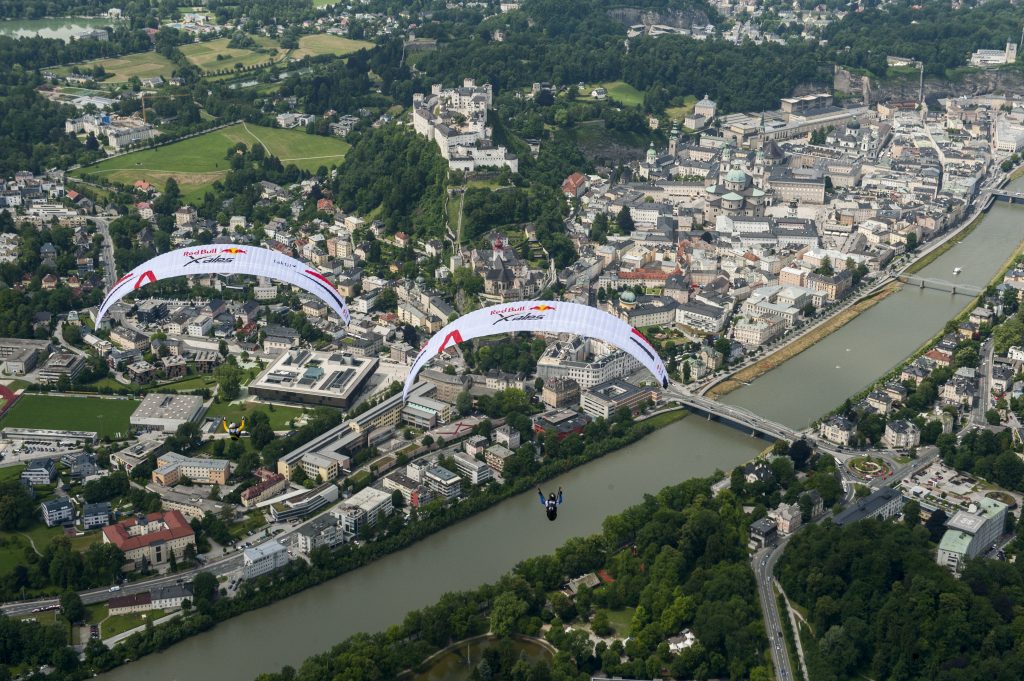 “When we started in 2003, we had to work out how to communicate our race to a big audience. We wanted to do something different, so we tried live tracking, with GPS sending data to servers which put it together. Now we have imagery from helicopters, film crews and the athletes themselves all pulled into a big content stream with live tracking at its core and more than 500 million documented contacts per race. The success of the Red Bull X-Alps is due purely to the live tracking. Over the two weeks, people start talking about it, following it, and creating momentum that drives traffic up.”

Over time, the information delivered around that live tracking became increasingly dense, and by the eighth Red Bull X-Alps race in 2017, the feed threatened to crash mobile devices. With just three months to go before the competition began, zooom teamed up with g-experts to create a streamlined solution for thousands of expectant fans.

“We had big issues in 2015 with live tracking on mobile devices, because there was too much data. Each athlete has about 1 million GPS points from Salzburg to Monaco, so when it’s live tracking 32 athletes, the mobile browser crashes and that’s it. We tried to apply Google material design standards for a good user experience on mobile, because we could see on Google Analytics that 80% of spectators tuning in first thing in the morning, between 6am and 8am, were on mobile.”

Streaming to mobile devices means balancing data density with performance expectations. When zooom discovered that the 3D mapping plugin it used for Red Bull X-Alps live tracking was discontinued, the team looked to create a new, faster replacement in less than three months. “We had to make a strategic decision under pressure,” says Hannes. “We budget across events, so we could not afford to reinvent everything again for the next race. The new solution had to be sustainable and reliable, with a foundation for us to build on.”

That’s when zooom teamed up with the digital transformation experts at g-experts. “g-experts were a perfect partner,” says Ulrich. “They had the same drive, push, and vision as us, and understood that there was not much time and that everything had to work seamlessly. There’s no postponing the race, and since the live tracking is the core of the race, there can be no Plan B. We needed a partner who completely understood that and could be 1000% reliable. Wabion is that partner. They recommended we build on Google Cloud Platform, which meant we could be quick, agile and focused on coding, using managed platform services to avoid wasting time configuring servers and services.”

“We used Google’s whole recommended architecture for an IoT platform,” says Herwig Baumberger, CEO at g-experts. “That means we used Pub/Sub extensively to ingest data. I noticed that the situation was a bit like a mobile game, because there are all of these athletes with tracking devices and sometimes they are offline, so you need to find a way to deal with late data. Cloud Dataflow is designed to deal with exactly that. Then we used BigQuery to analyse the data and deployed a server-side maps rendering solution.”

By deploying the new solution on Google App Engine, the team ensured a stable, autoscaling, cost-efficient environment that could handle a leap in traffic from 400 to more that 250,000 sessions per day as the race began.

With the new live tracking solution, retention time on the Red Bull X-Alps website was doubled for the 2017 race. Coupled with new integrations with social media which drive additional traffic to the platform, the site received more visitors, too. Now zooom and g-experts are looking to further leverage Google Cloud Platform products to improve the experience, including improved athlete statistics.

“It’s very challenging to do stats and rankings for athletes because the data they send can be as much as two days late,” says Hannes. “It’s very processing intensive to calculate all the stats, and though we already calculate a lot of them, technically we think we can use BigQuery to show more stats, including historical stats, in a faster way. That’s something we’re really looking at for 2019.”

With Google Maps, the site scaled smoothly to handle any amount of traffic. This was vital because the site was visited 4.2 million times – an increase of 55 percent compared to 2015. Each session lasted 8 minutes, 43 seconds, an increase of 109 percent from 2015. The site worked equally well on mobile devices, desktops and laptops.